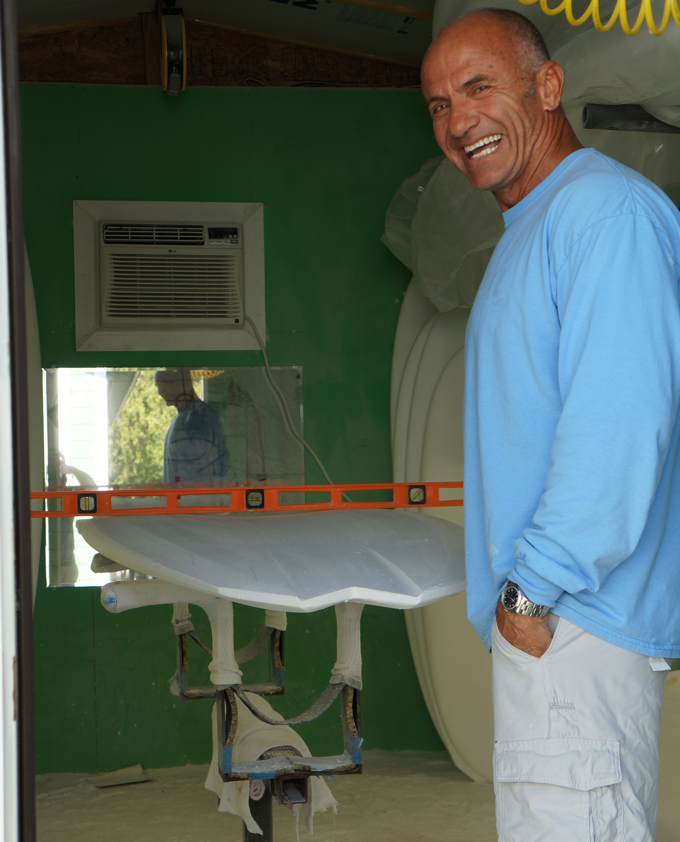 Over the weekend, I had the pleasure of catching up with Skip Smith, a local shaper in Jacksonville Beach, and one of the first to drive the growth of SUP in Northeast Florida.    As he grows his small business, S3 (Skip Smith SUP), he continues to push the envelope of innovation and has pioneered some of the most radical board designs out there.

A lifelong surfer, Skip is the quintessential waterman and his passion is everything SUP Surf.  Skip is the newest contributor to Vertical Oar, and will be sharing his experiences, tips, and thoughts on the past, present and future of this amazing sport.

Skip grew up in New Smyrna Beach, Florida, and began surfing when he was 15 years old.  His first board, a 63 Hobie Longboard, was a gift from one of his father’s friends.  Skip remembers the friend telling his dad, “If your kid goes to the beach, he needs a surfboard.  Plus, it will change his life forever.”  That turned out to be true.  After joining the Navy, Skip was assigned to San Diego, California, where he continued surfing on a regular basis.  In those days, his favorite breaks were Imperial Beach, Baja, and Mainland Mexico.
During the late 1970’s, he began shaping his own boards.  “One of the better known shapers in the area was a guy named David Craig.  He made really good boards, but the problem was that it took six to eight months to get a board from him.  It wasn’t that he was that backed up, he worked steady, but he wasn’t working every day hard.  You know, he enjoyed shaping but he wanted to surf.  Why do you shape boards?  So you can surf.  You don’t shape boards and not surf.  So he was smart, but when you picked up your new board, you gave him a down payment for the next board.  Because by the time you beat this one up or broke it, he’d have your new one.”
The [now] legendary shaper ended up being the catalyst for Skip to begin shaping his own boards.  “I watched him for so long, one day he said, ‘Here, you ought to make your own board.’  He skinned the blank for me and then let me use the planer, and the first board I made, it worked.  I think any board you make will feel great under your feet, and it will work.So I made three other surfboards and took all three and two others that I had Dave make, and I was down in Mexico for three months.  I used the boards that I made, and by the end of the trip, I had dialed in some ideas about my designs. It’s from that that I said, ‘I need to start trying to invest a little time in this.’  And then came the transition – I was riding a single fin and then went to thrusters, and everything started to change.” 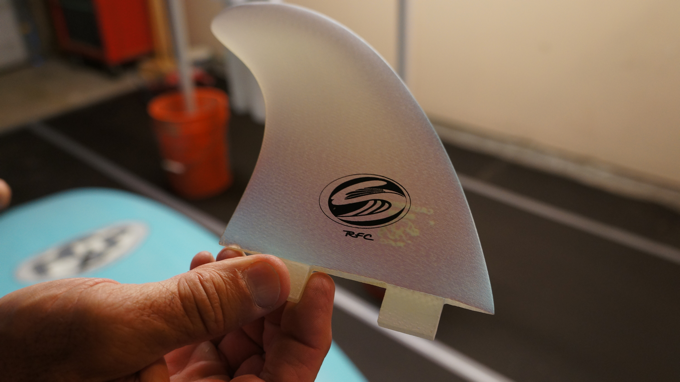 After Skip left Active Duty, he continued shaping.  “I just kept pushing it.  I had a little side business that was offering me some flexibility and money, and I just kept dumping money into shaping.  I wasn’t making a dime.  Then I got a center spread in Surfing Magazine with a guy riding one of my boards and people started paying attention.  I also got some young kids to ride my boards and two or three of them were picked up by Rusty, Alliance, and Town and Country.  That didn’t hurt my business, but around the same time, I decided to make the move to Florida.  I had a couple of friends in California who were from Jax Beach.  They said, ‘If you think of moving out of California, come here, because there are only a couple of shapers.’” 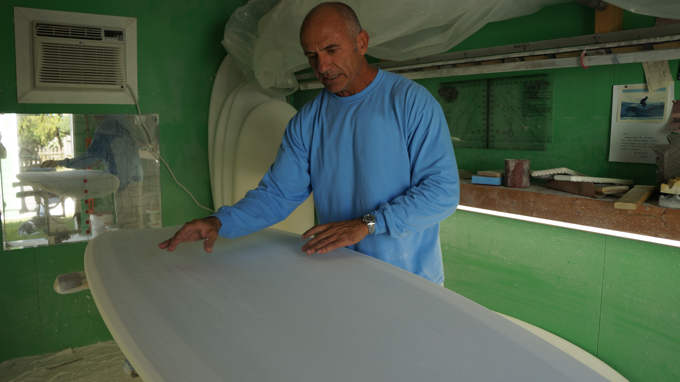 I was on a different wavelength of design, so to speak, and when I came back here, I got the opportunity to do a couple of boards for some people.  I did that for a little while, lifeguarded, then got on with the Fire Department and joined the Navy Reserves.  At that point, I didn’t have a lot of time for shaping.  You know, it wasn’t a moneymaking business, so I moved on and put shaping on the side.  I’d do my boards, and maybe a couple others for friends if we were going on a trip, but it wasn’t like it was a steady thing.  Maybe a couple of boards every month, so I never really got away from it.”

“About six years ago, [local attorney] Tim Ellis came back from Hawaii and brought a paddleboard with him, and it was like, ‘Whoa!’  I have to say, when I started paddleboarding, I found myself in the water 40-50% more than I was before, which was not a whole lot, because, you know, it isn’t that good here.  Small and clean, but I was like, I’ve got other stuff that I can do.  But on a paddleboard?  Shin-high to 8-10 feet overhead now.  I’ve got my paddleboard.  My last trip to Mexico, I actually was able to drop in on some very serious waves on my paddleboard, and I wasn’t thinking, ‘Wow, this is too big for me to surf on a paddleboard.’  It was like, ‘No, this is where I have to start redesigning the paddleboard, to surf in waves like this.’  I mean, the board I took was a fish board.  I’m not sure I would have been surfing a regular surfboard at that point, but it was a pretty good size, and I said, ‘I can still do it.’” 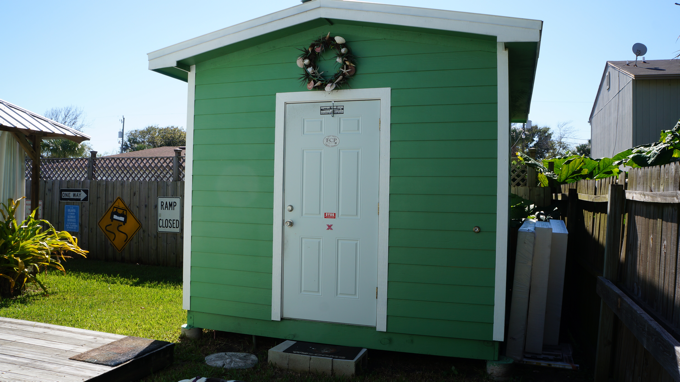 According to Skip, from a surfing perspective, the advantages of SUP are numerous.  “The advantages of Stand Up Paddleboarding are being able to see the waves, and not being in the water.  There are a couple of places I surf up here where the shark population is a little more than I like.  You’re above the water, and you feel a little bit safer.  You have a stick in your hand.”  Even still, being alert on the water is always a good policy.  “I had a shark come across my board right at the beginning of this summer.  It was chasing fish.  The wave stood up, I took off, did one bottom turn, came up the face and the shark came busting through the wave. It came right across the deck of my board, hit me on the shins, and knocked me off my feet.  It was a trip.”

Thanks for stopping by. If you would like more information on how you can get into the sport of SUP or if you would like to consult with Skip Smith to create a custom SUP for you, contact us today, we look forward to talking to you!